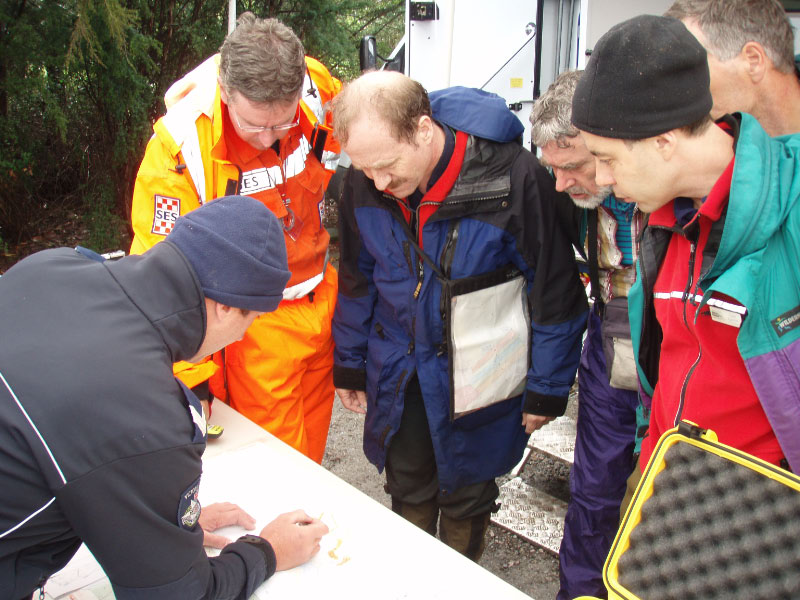 Bush Search and Rescue participated in the extensive bush search at Dom Dom Saddle in March 2008. During the last week of March BSAR joined Police, VicSES, Country Fire Authority, SAR Dogs Australia, Parks Victoria and Melbourne Water in the large-scale search for 57yo Warren Meyer who went missing from a four-hour bushwalk on the morning of Sunday 23 Mar 2008 in the Dom Dom saddle area, NE of Melbourne.

Mr Meyer was an experienced bushwalker and was equipped with a GPS, mobile phone, water and some snack bars.

A total of forty-four members from various clubs, responded to three callouts over the four days of our commitment. Members line-searched the often dense, damp understorey of the tall forests looking for any signs of the missing person.