The Donna Buang search of 1953 was one of the pivotal searches in the history of Bush Search and Rescue Victoria. Bill Bewsher performed the role of Field Organiser at a time when the Victoria Police did not yet have a search and rescue squad.  BSAR personnel conducted the structured searching and recovered the two missing people, stretchering them both to the road. (Source The Scroggin Eaters).

One of the survivors, Jennifer Laycock, lost her legs to frostbite and the media labelled her the “Snow Girl” as they followed her recovery.

END_OF_DOCUMENT_TOKEN_TO_BE_REPLACED

Neville says searching is not about heroics.  “It’s just a hard slog, often in the rain and cold. You’re just doing a job not everyone can do.”
END_OF_DOCUMENT_TOKEN_TO_BE_REPLACED

The BTL editor put some questions to Duncan Brookes, Field Organiser with Bush Search and Rescue. 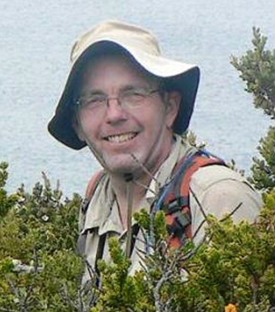 What was your introduction to bushwalking?
I grew up in an environment of bushwalkers as both my parents were keen bushwalkers.  I can recall going on VMTC family base camps from a very young age.  My first VMTC day walk was when I was about 8yo, up Mt Riddell.
How did you get involved in BSAR?
My father Stuart was a founding member of “The Search and Rescue Section”, as it was then called, and he was an FO.  As a youngster I recall him going off to practice weekends and searches so I always knew of “search and rescue”.  I joined when I was 18 in 1972.  My first search was in 1974 at Stevensons Falls.  Stuart was my group leader.  Peter Dunbar the FO presumably thought that was a good idea at the time.

END_OF_DOCUMENT_TOKEN_TO_BE_REPLACED

Bill Brand was a foundation member of the Police Search and Rescue Squad, which was set up in the late 1950s as the specialist group to provide both searching expertise and search management.

Bill led the Police Search and Rescue Squad for many years and through his efforts this branch of Victoria Police built strong ties with the bushwalking fraternity and in particular with Bush Search and Rescue.
Through many searches and BSAR practices, Bill was highly regarded and popular with our members.  Bill retired as Inspector in Charge of Search and Rescue in 1987.
Source: Behind The Log, October 2009
Bill Brand passed away on Monday 17th of September 2018.
John Chapman is an active searcher with BSAR.
John has produced bushwalking guidebooks and track notes over many years that have increased awareness of the quality and abundance of  bushwalking opportunities in Victoria and made bushwalking accessible to a wide audience.
He has also regularly written gear surveys which help create a greater understanding of bushwalking and the equipment necessary to enjoy the activity safely.  John is a member of Maroondah Bushwalking Club.
Source: Behind The Log, October 2009

Monica Chapman is currently a Field Organiser with Bush Search and Rescue, and is also managing the Bushwalking Victoria individual members who are active with BSAR.

Monica was Convenor for 11 years from 1998 to 2009.  During this period she played a key role in increasing the standards of how BSAR operates on many important searches.  Monica has had an active involvement in producing the new BSAR manual, changing the organisation’s name, logo and website, organising important events, arranging funding and allocating expenditure on the many items of new equipment, including all our stocks of radios and GPS units.
END_OF_DOCUMENT_TOKEN_TO_BE_REPLACED 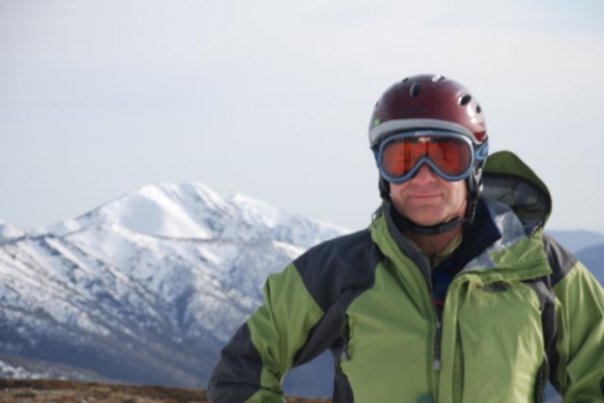 Peter Campbell joined BSAR over 30 years ago, as a member of the Latrobe Mountaineering Club and he has participated in numerous searches and training weekends since. He served on the BSAR committee as LMC club delegate for 15 years and more recently as a Field Organiser since 1993.  With the demise of LMC, he was one of our first individual members through Bushwalking Victoria.

END_OF_DOCUMENT_TOKEN_TO_BE_REPLACED

In previous Behind The Log newsletters, we have featured members having leading roles in Bush Search and Rescue.  This time we seek Chris’ ideas as he hands the baton to John Baillie.

END_OF_DOCUMENT_TOKEN_TO_BE_REPLACED

Frank joined BSAR via MUMC while studying in 1987.   Frank became a Field Organiser in 1999.

One of his most challenging searches as a Field Organiser was for a missing paraglider around Tawonga Gap in 2001.  Frank and his assisting Field Organisers on the search (Monica Chapman, Rik Head and Bruce Vine) were responsible for coordinating 63 Bush Search and Rescue searchers over three days. Frank also coordinated over 100 Australian Army soldiers who participated in the search.

END_OF_DOCUMENT_TOKEN_TO_BE_REPLACED

The Behind The Log editor put some questions to Merv Trease, Police Liaison Officer in Bush Search and Rescue.

What was your path into bushwalking generally?

I joined Youth Hostel’s Bushwalking Group in 1972 while at University. I grew up in the country and had visited mountainous areas fishing during my teenage years. Bushwalking seemed the obvious activity.

How did you come to sign up with Bush Search and Rescue?

A year after joining, some older YHA members were organizing a search practice and I was invited to go. Also around this time, I started the BMLC. In 1974 I joined the search call out list and became the YHA Search and Rescue Delegate.

Before being appointed as a PLO, what other roles have you had in Bush Search and Rescue?

In 1981 I returned from a year in England. The then current S&R Chairperson was looking to relinquish the task. As I had no ‘committee commitments’ due to my year away, I took on the role for the next three years. In 1982 I acted as the FO for the search practice and was elected to the FO list later that year.

In the mid 1990’s I took on the role of Delegate for the BMLC S&R Group for several years.

About 1995 or 1996, having recently purchased my own business which curtailed my availability and freedom somewhat, I moved on to be a PLO.

What would be your most notable search?

As a searcher, the Paddy Hildebrand search at Wilson’s Prom in 1987 for its size and duration.

As a PLO, the Lake Mountain/Koala Creek search for Sundar Bharadwaj in 2002 for the fact that there were callouts on three successive nights.

What is your reaction upon receiving a call out from the Police after midnight?

Bugger! Here we go again…..glasses …..to the study…..pen, paper…..you are now awake enough to talk to the Police and comprehend their requests. The Police realise it takes a couple of minutes to wake up and they are really good at providing that time without bombarding you with details.

Then the nasty bit arrives…….it is your turn to phone and wake up others. You don’t like doing it, but you know that it has to be done.

If I was unhappy being called at all hours, I would not continue in the role. It goes with the territory.

What is the PLO role in organizing the call-out?

The first thing is to ensure that you write down all the necessary details provided by the Police and ask for any details relevant to BSAR. The Police search requirements and the time of day dictate what next.

The tasks that may need to be done, but not necessarily in this order, are

Having got the call-out organized and dispatched, what is the ongoing role of the PLO?

The most important issue is to remain contactable by the FO and/or the Police. A second callout may be required, some searchers may need to return home. An issue may arise that can be handled better from Melbourne than from out in the field.

The PLO may also be contacted by media so it is important to have up to date information about what is happening in the field.

Any dramas or humorous things as the PLO?

I think that the biggest drama as a PLO was a number of years ago where I called through the FO list and did not have an FO readily available.

What is involved in handling the media?

The media always want ‘scoops’, controversial comments and criticism of people’s actions. It is essential to maintain your composure and not be ‘dragged in’. You must keep to the facts, not speculate about outcomes and develop a sense of when to say ‘that is a question for the Police to answer’.