A bushwalker was reported injured after a fall near Eagles Peaks, a remote area above the Howqua River, on Friday 3 Dec 2010.  Bush Search and Rescue were called out for a rescue operation and departed Melbourne at 1:00am on Saturday 4 December 2010. After a brief stop at Mansfield Police Station, we were driven up to 8 Mile Gap in Police and SES four wheel drives. We started walking at about 6am.

The weather was fine and sunny after yesterday’s storms.  We arrived at the summit of Eagles Peaks and met the Police Search and Rescue and SES team that had departed before us led by Senior Sergeant Greg Paul.

The grid reference we had plotted for the walkers location was further down the ridge that descends to Lickhole Gap.  The Air Ambulance helicopter arrived about this time and re-located the walkers below us.  They had attended the scene yesterday but were forced to abandon the rescue to due bad weather.  But they did provide the grid reference for the party that we were using.

We sent a team of eight down the ridge to render assistance.  It was tough going down the ridge, which gets very steep and rocky for the final descent.  We traversed back and descended the flank of the ridge attempting to reach the two walkers and got within 100m of them.   It was tough going on the slippery and loose rocks.  We still couldn’t hear them as they were in a gully.

Then the Air Ambulance helicopter returned and conducted a dramatic rescue, winching both walkers and their gear to safety.  We kept our distance as the downdraft from the helicopter can dislodge tree branches overhead and send them down.  It was a spectacular rescue and a credit to the flying and rescue skills of the Air Ambulance team.

We walked out to 8 Mile Gap and returned to Melbourne after eating a nice lunch provided by the Mansfield SES.

The walkers had been able to raise the alarm by mobile phone, and were lucky to have reception from this area.  Our phones were working on the ridges where there was line of sight to nearby Mount Buller, but not in the gullies.   This highlights the importance of carrying appropriate equipment with you while bushwalking, such as mobile phones and a Personal Locator Beacon, so you can call for help if its needed. 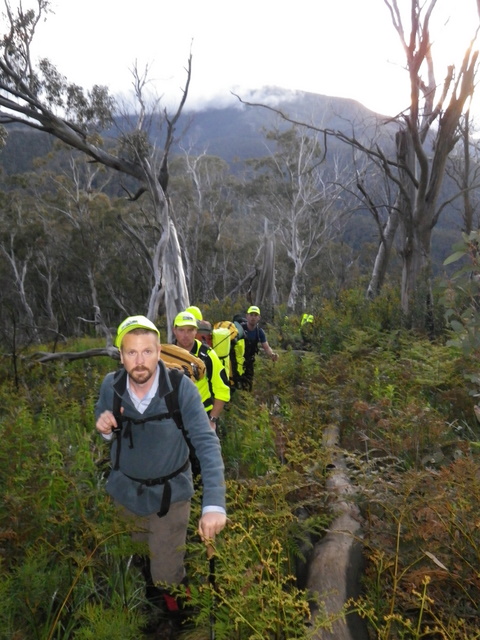 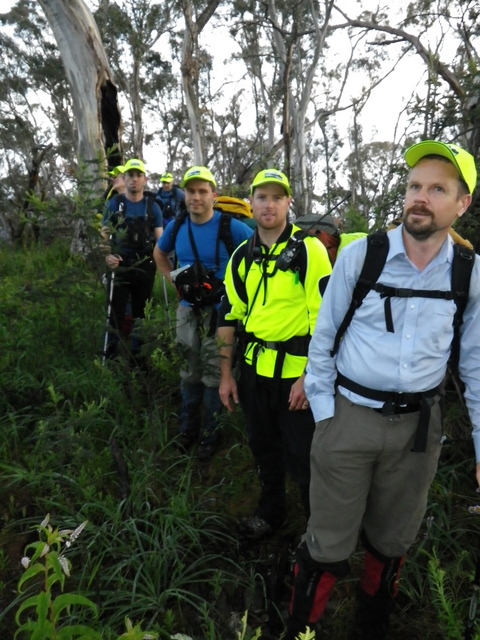 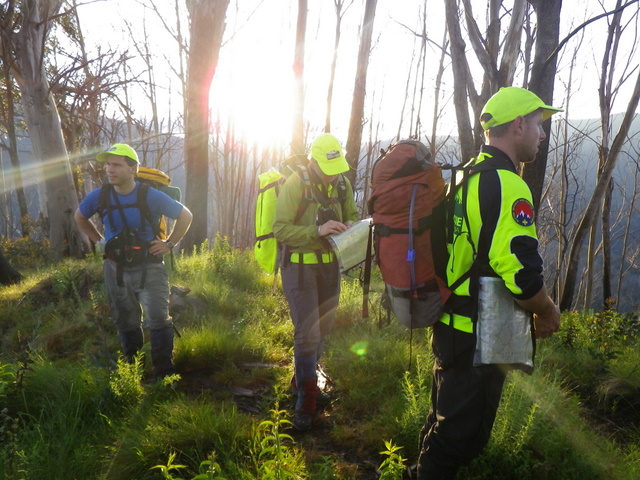 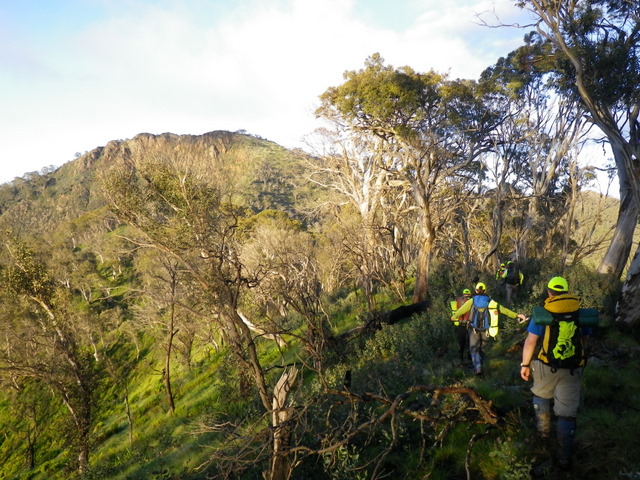 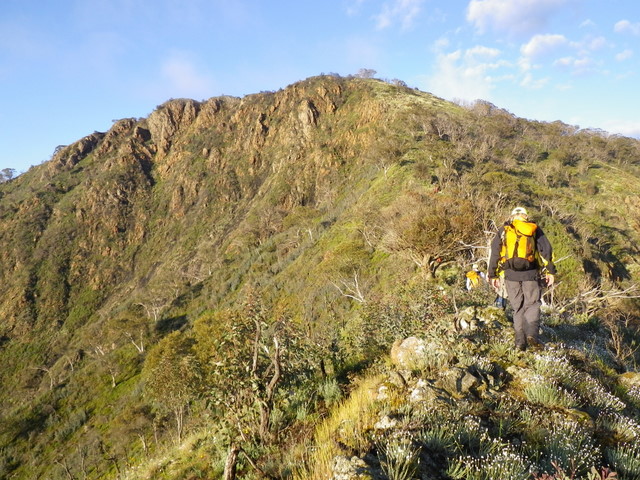 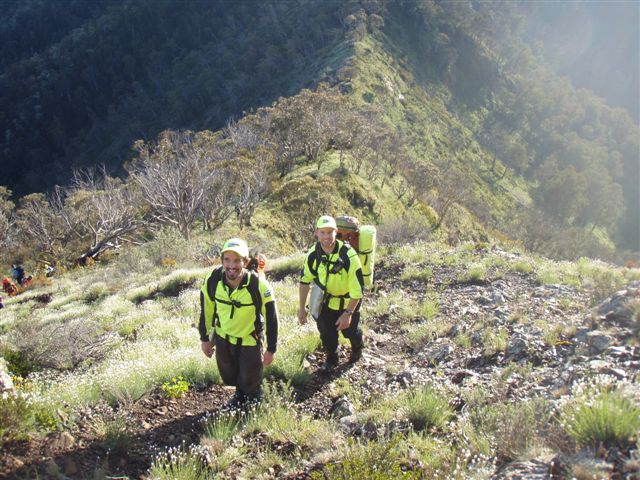 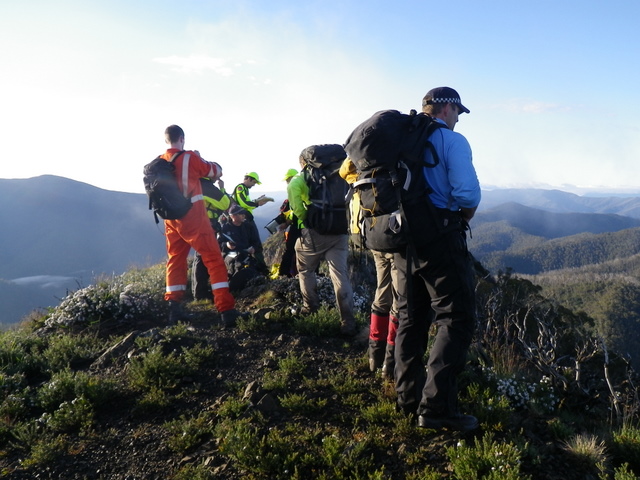 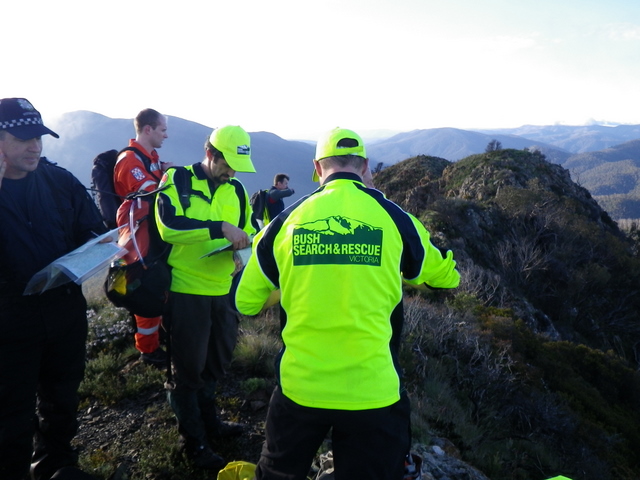 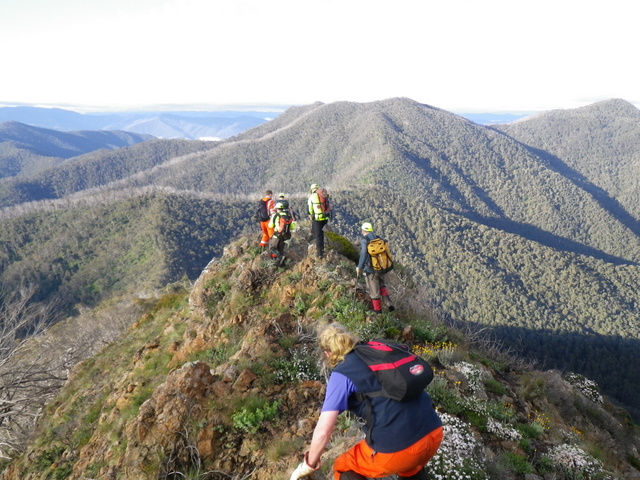 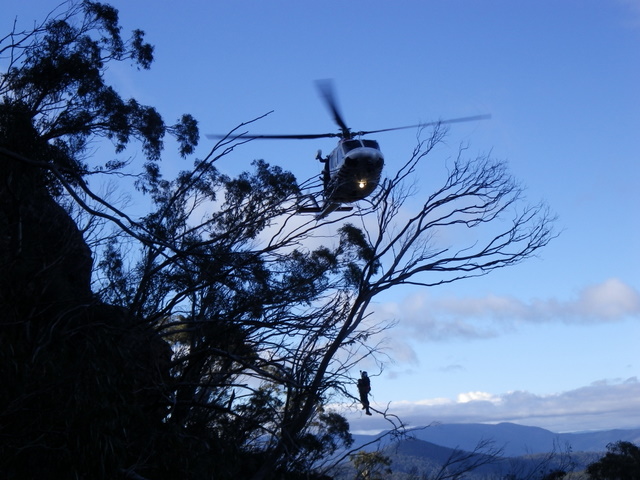 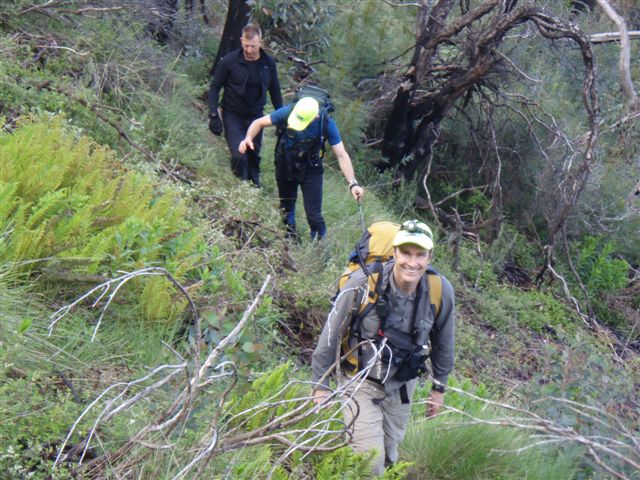 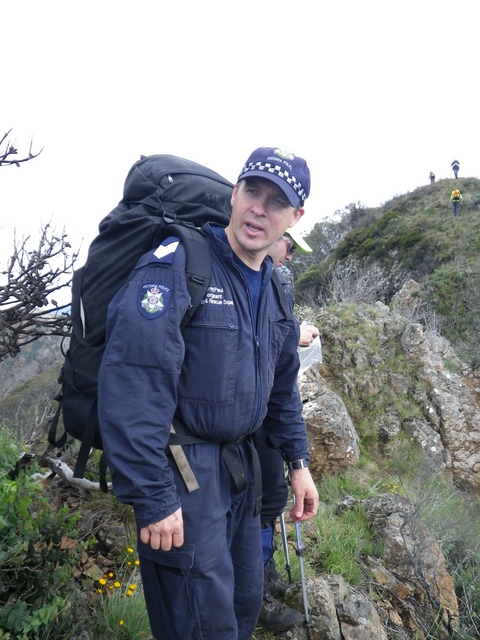 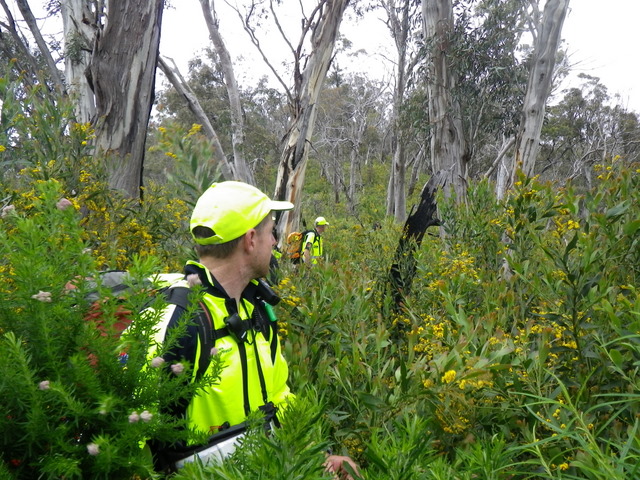 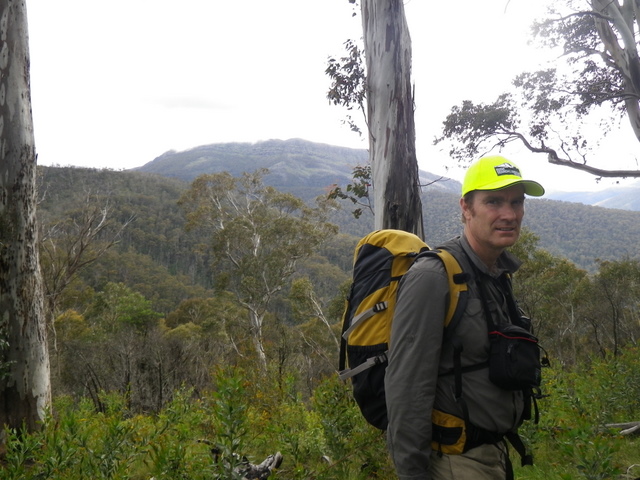 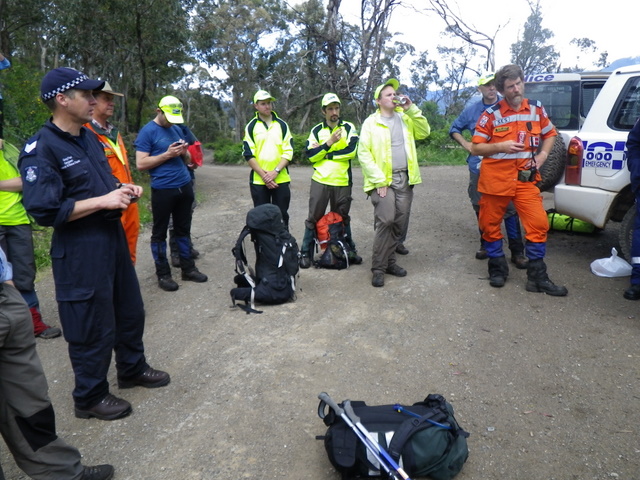 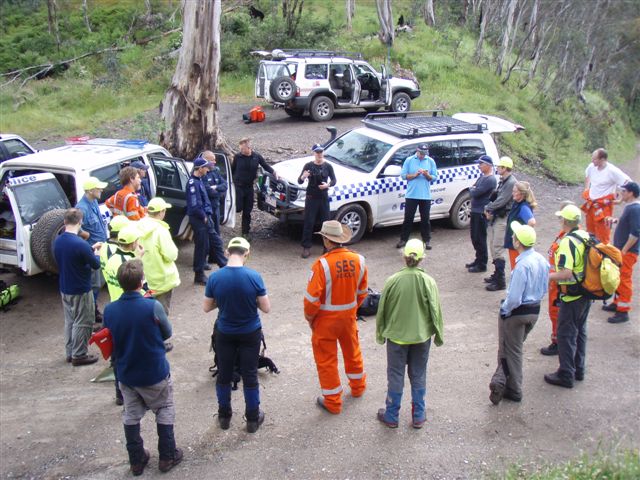 All photos by Peter Campbell, unless otherwise credited